In the latest publication of the EMPS model, we have now introduced the wind module purchased from SINTEF. This module has several advantages that will make the price forecasts more accurate.

Previously we have had some TWh of the wind with a fixed profile without the climatic scenarios, and some of the variable wind hasn’t had the full climatic variation band as it will have now.

Secondly: The wind module let us set up the wind farms in the correct physical area, and with varying profiles and climatic scenarios for each area. Earlier, we have had the majority of the variable wind located in the South of Sweden, and in DK which was correct for a while. Now we have wind farms spread all over the areas. Having the wind located in the correct area will be very important going forward, as you might get the pressure from wind and inflow simultaneously within an area, where bottlenecks might arise and consumption might be low.

Third: The wind data used in the EMPS model comes from hourly input data, which is transformed to the 6 price intervals we currently use in the EMPS model. That means that all the wind series used in the simulation will have the daily profile coming from the input data, which is important to model the pressure at night in the best possible way. It also enables us to increase the number of price intervals eventually.

The yearly wind production in GWh per area (based on capacity end of year) for 2017 is as follows:

The system price is rather unchanged in the last years of the forecast, but the increased downside risk from the introduction of the wind module, has given some increased pressure on the hydro producers and water values have been lowered somewhat affecting the front the most. This has lead to slightly increased production and lower price on the front, Q3-Q4 in year 2017 is down about 0.9€.

The general trend is that winter prices are slightly higher, both following tougher hydro production and a change in the wind profile. While autumn prices have been lowered, following more wind in the new input data, and with more variable wind, often bringing prices down together with high inflow. 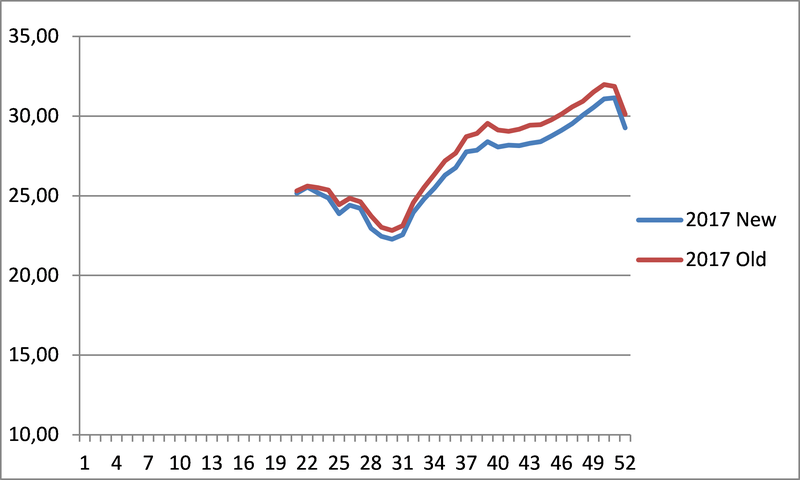 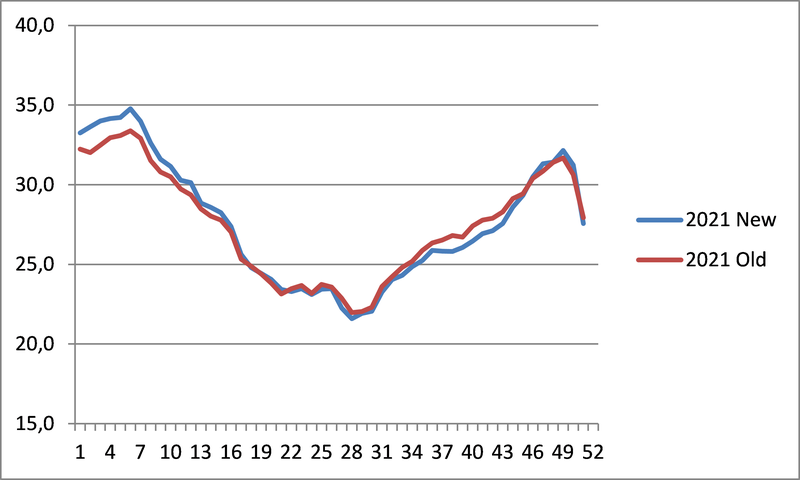